Score one against dementia

Support this game-changing research with a donation

The SCORES project is an independent research study designed to better understand the cognitive health of former professional football players as they age. We know that former professional footballers are at greater risk of neurodegeneration, but we need to better understand this risk. The SCORES study will investigate the rate of cognitive decline in former professional footballers compared with the average healthy person. We will recruit both men and women to the study. As the study develops and we collect more data, participants will receive feedback on how they compare with their peers. This data will be vital for our future research into predicting the risk of brain degeneration.

Disclaimer: The assessment we use in the SCORES study cannot be used to diagnose dementia. However, study participants who are revealed to have signs of cognitive decline that warrant investigation will be notified and signposted to seek clinical assessment and care.

Dementia is a relatively common and progressive condition that impacts on cognitive function and health. The UK government has identified it as a priority area for healthcare and the NHS is promoting the importance of early diagnosis. Neurodegeneration has become an important area of research in the game of football with former professional footballers . The FIELD study showed that former professional footballers were around 5 times as likely to be diagnosed with Alzheimer's Disease than a matched population.

Initial testing of the screening platform

Are you interested in being part of the study?

Iwan is a Norwich City F.C. Hall of Famer who played from 1986 to 2005 and represented Wales from 1989-2001. He has a keen interest in mental health in retired football players and recently investigated the connection between heading and dementia for S4C Wales.

His documentary has received glowing reviews. You can watch it on demand and English viewers can get subtitles by clicking on the icon on the bottom right of the screen when the programme starts.

Click here to watch the programme on demand on S4C

The SCORES team is comprised of researchers with a wide range of experience and expertise. In addition to our team of researchers we are advised by people whose families have been directly affected by dementia, including Dawn Astle, and by former professional footballers including Iwan Roberts. 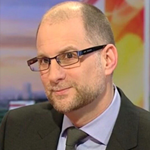 Michael is a Reader in Rehabilitation Neuroscience at the University of East Anglia. He has worked in the brain injury field as an educator and researcher for more than 20 years. His research interests include developing better tests for the assessment of sport concussion, return to play/learn/work, and sport-related neurodegeneration. On occasion, he can be found on twitter: @drmichaeljgrey 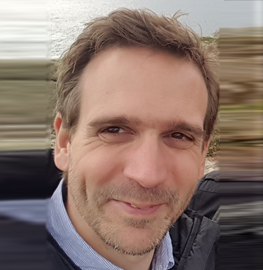 Michael is the Professor of Applied Dementia Research at the Norwich Medical School and the Associate Dean of Innovation, Faculty of Medicine and Health Sciences. His research focuses on early diagnosis, disease progression tracking and symptom management in dementia. Michael is an expert in cognitive assessment and development of novel cognitive tests. For this project, he will lead the cognitive testing side for detecting the earliest symptoms of dementia.

Seraj is a postgraduate research student whose project focuses on the risk of dementia and neurodegeneration in ex-professional football players. He completed his undergraduate degree in Cognitive Psychology, and has a particular interest in spatial navigation and memory across healthy ageing and dementia, as well as how cognitive decline affects general mental wellbeing in older adults. 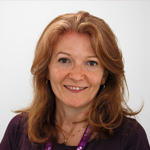 Dr Sarah Hanson is a lecturer in Health Sciences. Sarah’s research focuses on preventative health, especially community based physical activity interventions. Her input to the project will be the use of qualitative methods, focusing on the experiences of people who have participated in sport and their understanding of any risks. She is particularly interested in risks to women’s health. Sarah is also a loyal Canaries fan (Norwich City FC for those of you not in the know!)

This project will only be possible with the generous help of friends and supporters, charities, and trusts and foundations.

It would not be possible to conduct this project on our own. We are very pleased to partner with local and national organisations.